When I started to plan this exhibition over a year ago, I could not have imagined the relevance this summer’s exhibition of artworks by 19 contemporary Syrian artists would have had to our community today. Back then Syria for many was a far off place undergoing the most unimaginable of situations which occasionally made the local news, and even rarer still the front page. That all changed sadly due to politics and a collective global guilt brought on by a single tragic image of a young boy’s body washed up on a beach and his families Canadian connection.

Here in Canada it became a defining point in last fall’s federal election and as calendar turned we welcomed an incredible 25,000 Syrian refugees into our country and as the months drew out even the Okanagan Valley saw a number of families settled here to great fanfare and community support. It was incredible to see what was possible when there was the will and the way. While not without its difficulties we are a richer country for all these people will bring to our communities. Meeting them face to face one is confronted by the stark reality that they are really no different than we are and they have the same wishes hopes and desires for themselves and their families as we do.

I hope that this exhibition will help build an even greater understanding of the Syrian People, their art and culture. As a kid I had pen pals around the world and that experience was one that has profoundly impacted me to this day giving me a much broader world view and understanding. With that in mind each of the 19 participating artists will have a postcard with their name, photo, example of their art and their contact name and I encourage everyone to take the time to reach out and contact those whose work you like and are inspired by. They all speak English and they would value your feedback and friendship. In turn I hope the process will inspire you to pay more attention when you hear news of Syria and the madness that is currently sadly become the norm.

This work is powerful, raw and striking and I think could be the most important exhibitions I have undertaken. I am indebted to Humam Alsalim for curating this exhibition from his home in Damascus. It’s been a real feat of trust on both sides and I think we are both in awe that it has come all together on time and as planned. In total he has brought together the following 19 artists some of whom are still living in Syria and some of whom have fled and re-established themselves outside of Syria: Khaled Akil.

Ali Almeer, Humam Alsalim, Rami Bakhos, Mahmood Al Daoud, Fadi al-Hamwi , Juhayda Bitar, Khaled Dawwa, Ammar Khadour, Lina Malki, Maisam Mallisho, Alaa Sharabi , Huda Takriti, Reem Tarraf , Omran Younis, Khaled Youssef, Mohammad Zaza and Obaidah Zorik. In addition our local CBC radio personality, Alya Ramadan, posted on her facebook page earlier in the year that her nephew Aya Al Medani was living in Damascus as well. I reached out the Aya Al Medani and found she was also an illustrator and cartoonist and some of her work will be included as well to re-affirm just how small the globe has become today.

This is an exhibition which is not for the faint of heart, but is also one that affirms the incredible capacity of the human spirit to not only survive the most unimaginable circumstances but thrive.  These artists powerful work stands as a testament to their existence and will inspire similar voices for generations to come. 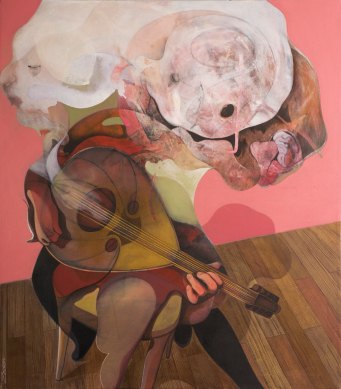 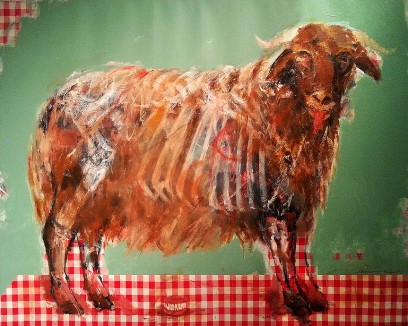 1 response to Behind the Lines